I left Sudan to the US in 1997. Till that time, my dad would do the meat and vegetable shopping in a then typical Sudanese way. He  would take the traditional straw basket (Guffa) made from Palm tree fronds.


At the market, the seller would wrap the meat in newspapers and the veggies would just be tossed into the basket. At home, we would wash the greens and wrap the herbs in newspaper and refrigerate. The meat is also sorted, paper wrapped and frozen. Dry spices, flour, coffee and tea and the like were all stored in matching empty jam glass containers.
Ziploc bags did not exist. There was one factory that manufactured plastic bags (white bag with red and green brand symbol). You would buy them by the dozen. Most people would wash them well, hang to dry and reuse. Our neighbor, Yousif Fadul, may God remember him well, used to get agitated at plastic bags flying outside in the street in front of our houses and would yell out while attempting to clean up" The goats can't digest them and this will kill them". Deaf ears.
(By the way, whatever happened to the once freely roaming Khartoum goats?)
Interestingly, even the trash was handled in an environmentally friendly way. A ghuffa (a different one of course) stayed at the side of the house and at the end of the day, whatever little trash is produced, is dumped in there.
Twice a week, one would hear a loud whistle from the street signalling the arrival of the garbage truck. Whoever heard it would alert the whole house. A 5 minute frenzy ensues as they wait for no one. An open truck with two disgruntled men in the back.


They would take the basket, empty the contents and throw it back at you with a glare that almost says" you produce too much trash".

Most of the refuse would be egg shells, parsley twigs and abused newspapers.
Everything else is totally recycled. Food? Depends on the state. Decent leftovers were given to the needy. There would be regulars who know this house or that would give food. If they don't show up that day, the food is frozen till they do return or food can be taken to the nearby cemetery where the ghafeer (caretaker/security guy) and family of nine would surely make good use of it. Other foods are given to the stray cats or occasional house pets we, or the neighbors, used to keep. Contrary to what Colin my friend told me, not all cats are obligate carnivores. Our neighborhood felines had a great appreciation for molokhiya ( a stew made from Jew's mallow). They would wolf it down in seconds. Poor Sudani cats. All malnourished I'm sure but I like to think they eat natural food so they must be getting a good bargain somewhere.
The newspapers in Sudan used to be multi functional, employed to wrap food, to line drawers, clean glass (the best out there even without Windex) and to light a fire. Lighting a fire was an almost daily occurrence. Gas ovens were the norm then but gas cylinders were not cheap to fill and could suddenly disappear and make an appearance in the black market.
So to conserve, a majority of the cooking was mostly done outside on a kanoon; a coal burning grilling/mobile burner contraption. One needed newspapers to start that fire.


In the cleaning department, no one went out and bought cleaning supplies. As mentioned above, newspapers were our paper towels (you made sure it was the newspaper with least ink leaching out). Every house had a sturdy metal bucket (Jardal almasi7 aka the mopping bucket). The mop was most probably the sack that contained coal (needed for that kanoon fire). It was typically brown in color and made of burlap.


Because of the absorptive nature of coal and material of the sack, it never smelled. It just eventually disintegrated with time and use. We would occasionally use old towels instead. The "mugshasha or broom" was also made from palm tree fronds. The best are the older, seasoned ones. After they soften and become malleable and can tackle the corners.

I hope you are beginning to get my drift here. No bleach. No aerosols.
I can't bring to mind many plastics in use in daily life. Maybe that disgustingly sweet Rozana juice which was packaged in plastic jerrycans.
Even plates were to a large extent stainless steel and some China. I remember when melamine hit the market (انا الميلامين جميل ومتين). Tissue paper was a luxury reserved for a few. They were over-scented anyway. Cloth handkerchiefs were the way to go.
Ice cream came in rectangular blocks and was wrapped in this parchment paper - like material. The individual portions were in strong paper cups.
Yoghurt was totally homemade. You leave behind a few spoonfuls and end of the day add warm milk to that, cover and let nature work its magic. Milk was brought once a week from a nearby farm, boiled at home in large pots then part frozen and part used fresh.
Soda came only in glass bottles. Actually almost every house owned a box of 24 bottles (Pepsi, Coca-Cola or Pasgianos) that would be refilled either by the company trucks which did home deliveries or at the local store. 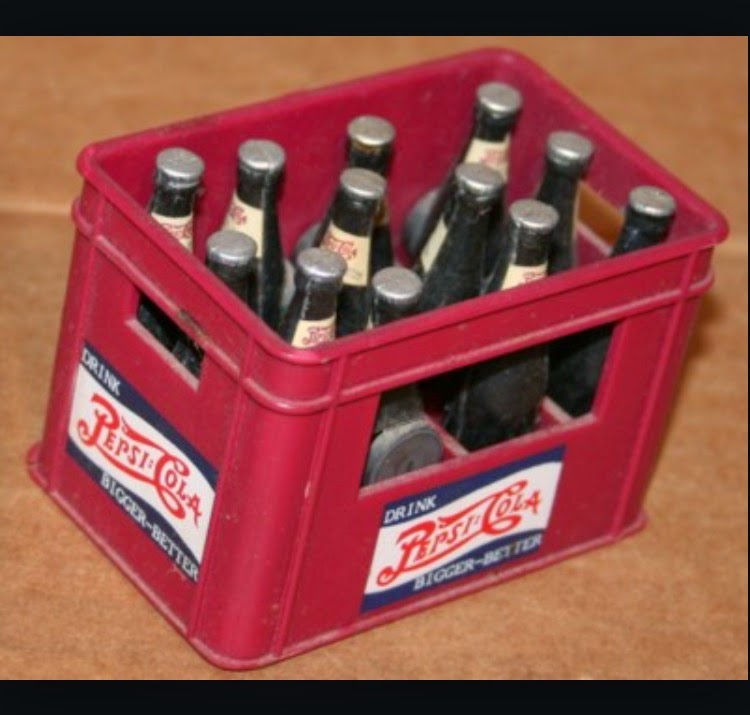 Why am I telling all of this? Because when I first moved to the U.S., I was blessed with a fantastic American neighbor. She taught me a lot that I am very grateful for.
She also tut-tutted at my endless collection of jam jars and newspapers. So she took me to Wal-Mart and led me into civilization. I learned to Ziplock-bag my meat and label it oh so smartly. I discovered that i can bleach the living daylights out of my kitchen and bathroom. I also was told that I was to line each garbage receptacle with its size-specific plastic bag.
I was introduced to the American lifestyle.
Seventeen years later, here in Saudi, I meet another American neighbor in the store while I was packing away my groceries into plastic bags. She looked at me with a scolding expression and said "You know plastic isn't good for the environment, right? Why don't you get a basket like mine here? Or a cloth bag? I even have the butcher put the meat straight into these glass containers" She says this and points at the stuff she was carrying.
In my head, I did a Queen Latifa style, Z-shaped finger snap and went (oh no you don't) on her.
But in real life, I just smiled and thanked her. She wouldn't understand. So much she doesn't know. We were the cradle of "reducing, reusing and recycling". We invented the basket. I made a few with my own hands.
But we were deemed uncivilized and uncultured at that time and we had to evolve and follow the first world and utilize and consume and waste. It's the way the world wanted us to be. Get with it Africans. Now that we are finally climbing the industrial  ladder, we are getting trampled by those who got to the top and now running back down. Always late to the party we are!
That detour was not necessary but had to happen, right? If no one used plastics or emitted gases or messed up the ozone, what would environmentalists do?
We could perhaps, maybe, have preserved more marine life, whales, pelicans and then some. Stabilized the weather possibly?
But it's all part of a higher plan. And it had to be. It is life.
And even though I try to do my part and cut back on my easy lifestyle gadgets, I really am an old dog. And learning new tricks can be quite tricky when you are one.

*Photos courtesy of the WWW and Haitham my cousin :)